What are the forces that keep people in poverty?

Waldo Mikels-Carrasco hadn’t been involved with the United Way until he was called in to provide information to the agency on health disparities in St. Joseph County.

“They wanted to know what they could be funding in health,” he says. “I was impressed that the United Way was asking the question, and that they took the information and did something with it.” 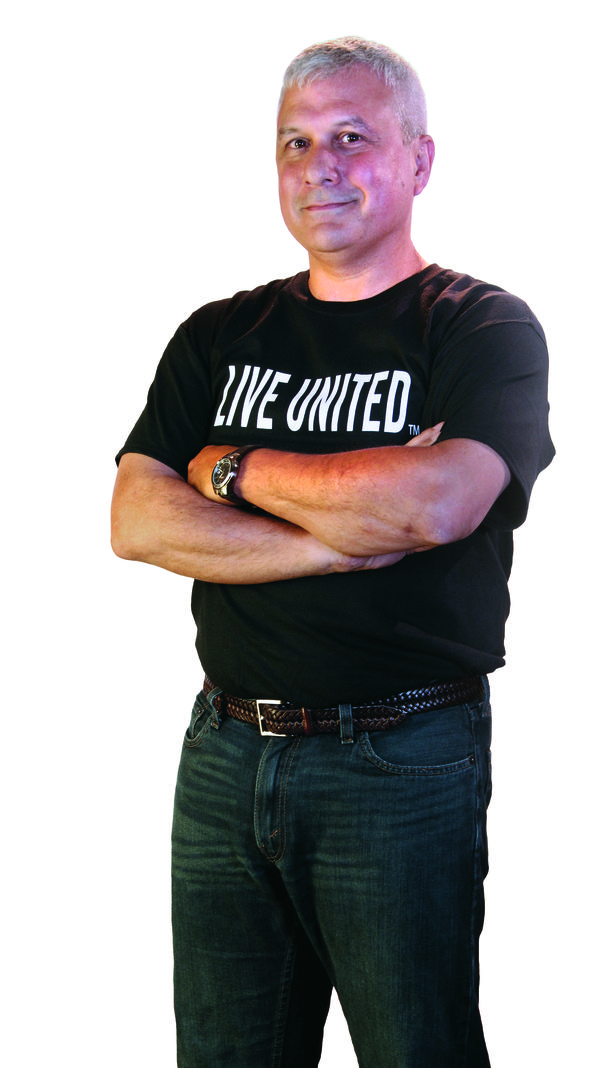 Mikels-Carrasco is a community health program manager for ICeNSA, the University’s Interdisciplinary Center for Network Science and Applications. In 2013, ICeNSA scientists collaborated with the United Way in a project, supported by an Indiana Association of United Ways grant, to address the need in the community for improving childhood nutrition and reducing obesity.

The goal is large-scale social change—which is why Mikels-Carrasco is excited about the United Way’s new focus, which looks at alleviating poverty in the county by providing basic services for those in need, but also developing strategies for overcoming the structural forces that keep families in poverty.

The extent of those social forces became clear when he was asked to sit on a UW funding review panel, “and I actually got to see the struggle between the need, the agency proposals and what money there actually was to give. There is no fat. It’s a very lean operation.”

When discussing the United Way, Mikels-Carrasco sometimes hears the objection that the agency takes an administrative fee of 20 percent. But it’s not a valid criticism, he says.

“It’s the same at the University—a grant to the University also covers facilities and administrative costs. That allows for grants, resources and the interconnectedness of the entire research endeavor. Results don’t happen on their own.”

Another frequent response is that individuals prefer to give to a single organization.

The 2-1-1 referral number is a great example, he notes. “If you’re desperate—if you’ve lost your job, the kids are hungry and the heat is off, 2-1-1 is the place you can go for help with all those needs.”

The 2-1-1 line (see fact box on page 6) can connect people to a wide variety of services, from shelter from domestic abuse, food and clothing to legal and financial assistance.

But the larger issue, is the “give a man a fish” problem, Mikels-Carrasco says. Basic needs for emergency food and shelter can be met, but what are the structural forces that keep people in poverty?

“We want to move the needle, so they’re not coming back again and again. We want to make sure good systems are in place to provide long-term help such as job training or certification, so they can make enough money to support their families. With many families in need, we find that they’re working several part-time jobs at minimum wage.

“People are employed, but they’re underemployed. They’re one car repair or heating bill away from disaster. The car breaks down, and they can’t go to work—it creates a cascade of problems.”

Leveraging dollars across programs means (for example) if a grant is given to provide flu shots, it could be combined with an opportunity to gather information so more is known about the families participating. “We could combine it with a career fair, so the investment is further enhanced—we could ask people if they’re interested in furthering their education or attending college, and provide referrals.”

Ultimately, the question that needs to be addressed is how to change the social structure of the community, so we don’t have another generation of children born in need.

“I can give my time and my talent.  A donation to the United Way will mean a lot to somebody. There are many of us on campus that volunteer, who contribute and advocate. We’re organizing not just for today, but also for tomorrow. We want to help the community be as prosperous as it can be.”

It’s not that anyone has to give a lot, he points out. All it takes is for everyone to give a little. “These impoverished kids go to school with my kids,” he says. “You don’t want your child walking around and living in a community you don’t
care about.”